Revenue for the Systems activities (38.7% of total revenue) amounted to € 1485.7 million, up  +4.3% on reported figures and -1.5% in terms of organic growth. Foreign exchange rates contributed a positive 5.9 percentage points during the period, while consolidation scope had a negative -0.1 point impact. In Q3, the organic growth rate of Systems activities showed an improvement over Q2 and Q1, establishing to +0.9% vs. 1.7% and -3.8% respectively. The systems activities benefited from the growth, in line or above air traffic, of its businesses mainly exposed to commercial aviation, Evacuation Systems, Oxygen Systems, Electrical Power systems, water and waste systems, despite some ramp up impacts. On the other hand, the systems activities suffered from a decrease in the businesses exposed to helicopter and business jets markets (Elastomers, floats and rafts.), and a drop in its non-civilian aerospace businesses (arresting systems, Parachutes)

Zodiac Seats branch reported an improving organic growth: its sales grew 1.3% in Q3, despite a negative forex impact, and +2.4% for the first 9 months of the 2015/2016 fiscal year, to €1027.3 million. On a like for like basis, sales increased by +3.2% in Q3, compared to an organic decrease of -7.6% in Q2 and -0.4% in Q1 2015/2016. Zodiac Seats recovery is going on. The branch reports progress made on critical situation on the recovery plan which was presented last April. In particular the certification on one complex business class seat program was completed, allowing to resume deliveries. The delivery of the third shipset is currently in process. The branch also made significant progress in the redesign of seat shells and in improving the supply chain in Zodiac Seat Shells in Santa Maria, CA. The completion of the implementation of a MRP process resulted in improving the supply chain and decreasing supplies irregularities. The industrial footprint of the Seat Shell division is being resized and three alternative sources of seats shells have been qualified that will lead to a better equilibrium of operations. For the longer term, Zodiac Seats pursues its transformation. The business process roll out is progressing per plan and commercial performance is resuming with some new commercial successes, e.g. Air France A330 full cabin interiors retrofit or United Airlines new Polaris business class seat. Zodiac Seats remains confident to sequentially grow its H2 sales by about 20% compared to H1 and is on track to get back to nominal operational performance in 18 months (starting from March 16)

Zodiac Cabin enjoyed a dynamic  +10.7% growth for the first 9 month of 2015/2016 fiscal year, to €1328.8 million, breaking down into a positive forex impact of  6.6 points and a good  +4.1% organic growth coming from all aviation segments, except Business Aircraft. The operational performance of the branch continues to be affected by A350XWB lavatory program. However, the branch has increased its A350XWB lavatories deliveries, with shipset MSN (Manufacturer's Serial Number) 49 delivered and accepted and delivery of MSN50 in progress. The branch still has several issues to address: quality issues in our California site are hampering A350XWB lavatories ramp up and as the second line in Montreal is ramping up, although more slowly than expected, due to supply chain past due deliveries. Overall, the ramp up must further increase to reach temporarily a rate of 10 shipsets per month in order to catch up with Airbus FY 2016 objective. Zodiac Cabin also reports operational Improvements on other critical programs in ramp up phase, with effective ramp up of Airline retrofit programs and of the linefit Spaceflex v2 program where a rate of 20 shipset / month has been reached, increasing to 24 in June to get aligned with Airbus needs. Last, the first CSeries interiors has been delivered to Bombardier. All in all, the branch is confident to retrieve operational performance across its production sites within 15 months.

Zodiac Aerospace confirms its 2015/2016 target of a Current Operating Income close to the one of FY 2014/15. At end May, the group is in line with its internal target, with Systems activities slightly above forecast, Cabin slightly below, and Seats in line. The forecast is for further volume to come in Q4, and a strong activity expected for the month of August.

The Group also confirms its other guidance. The banking covenant should be respected.

For the medium term, both Zodiac Seats and Zodiac Cabin confirm their objective to get back to operational performance in Seats and Cabin in 18 months, starting from the announcement in March 2016.

NB : This revenues publication will be commented on an analysts & press conference call on June, 14 t 2016 at 6:00pm CET. A replay will be available on the Group website www.zodiaaerospace.com as well as the presentation slideshow and press release.

About Zodiac Aerospace Zodiac Aerospace is a world leader in aerospace equipment and systems for commercial, regional and business aircrafts and for helicopters and spacecrafts. It develops and manufactures state-of-the-art solutions to improve comfort and facilities on board aircrafts and high-technology systems to increase aircraft performance and flight safety. Zodiac Aerospace has 35,000 employees worldwide and generated revenue of €4.9 billion in 2014/2015. www.zodiacaerospace.com

CHANGES (Quarter compared with the same quarter of the previous year) 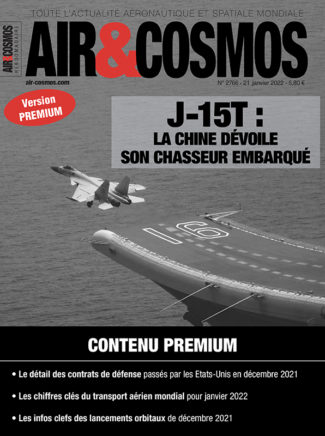